Sun, wind & cold The last week was more or less marked by stubborn fog and bad weather (Fresh snow!), but then as the sun was to see for the first time on the webcams on Friday the plan for the for the weekend was set ... SKIING!
On Saturday we went down in the Stubai valley off the Stubai Glacier. This idea was probably not just our ones and it was from the 45 minute drive fast a 1 ½ hour drive. 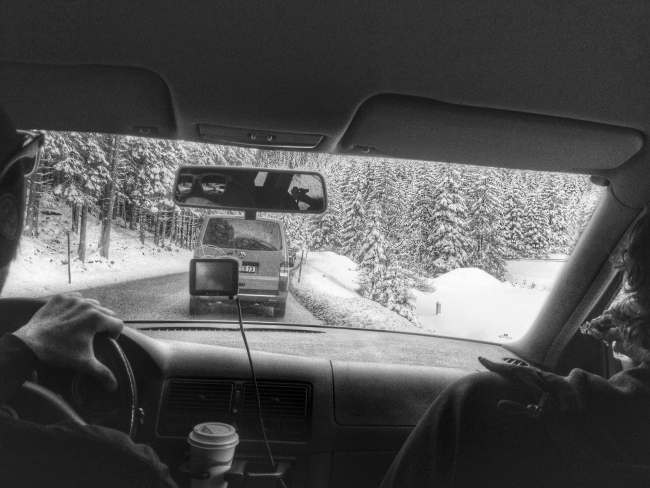 On Saturday we went down in the Stubai valley off the Stubai Glacier. This idea was probably not just our ones and it was from the 45 minute drive fast a 1 ½ hour drive.
However, once at the top of the glacier we were quickly rewarded for "long" ride . With fresh snow and sunshine we made the first turns in the snow.

But then the disenchantment! Below the apparently beautiful snow blanket there were boulders and so the skis were quite drawn to the affected. Afterwards we had to admit that it is only being November. However, we did not let us discourage and were looking for a suitable slope. Said and done, we climbed up a hill already. This descent of the hill turned out to be passable and unfortunately ended with a cannonball (video). I was probably a bit too fast. 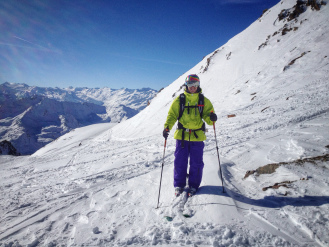 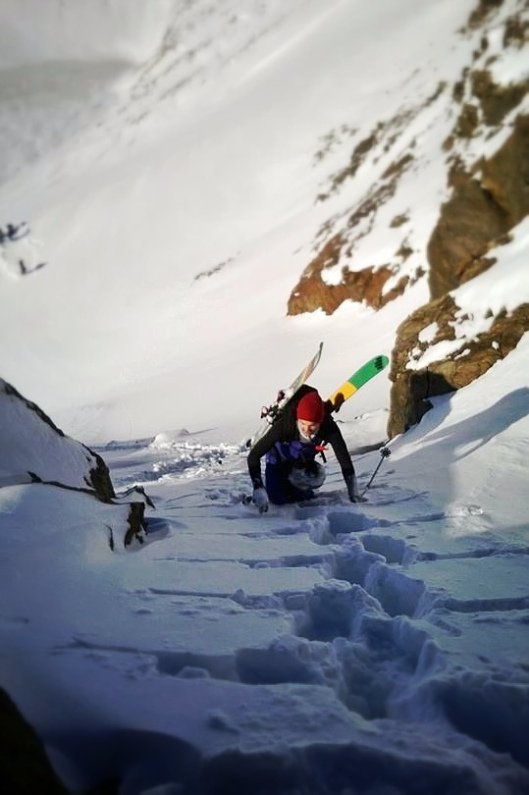 At the end we enjoyed the day comfortably in sunshine and had some snack. But the highlight of the day was definitely the way home with the "Best of" EAV classics.
Just as a wise student makes a stop, and a study break has been inserted in the Sunday!

In the evening I received a phone call if I wanted to come on a ski tour. The answer was clear: yes!
So the touring equipment was packed in the evening, and on Monday we went right back on the Stubai Glacie, our destination: "Hintere Daunkopf" (3225m).

The first part of the climb was handled quickly and the weather was still different than the weather forecast predicted it. However when we had reached the” Daunjoch” blew us an icy, strong wind around the ears and labored us to climb. 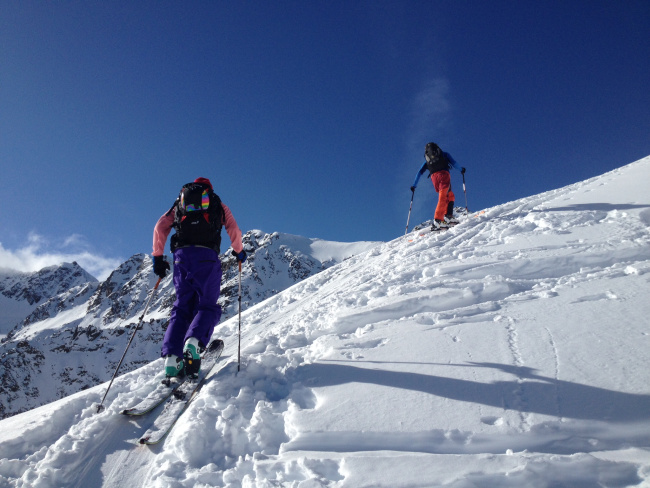 The final route to the summit was then uneasily on foot and reached the top itself offered us a superb panorama. 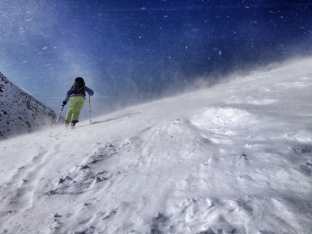 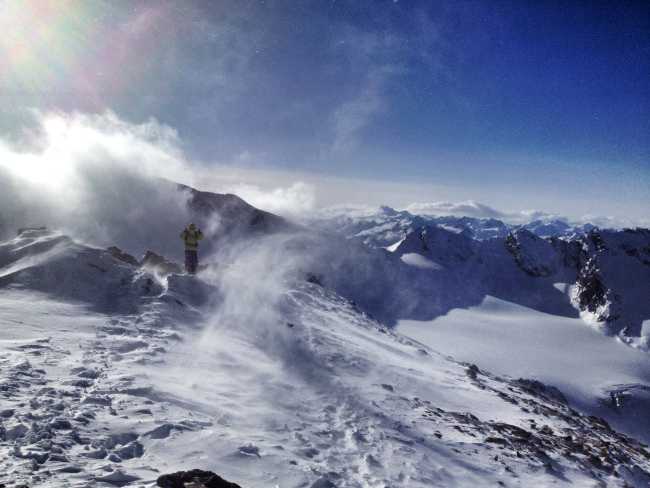 The descent was not as expected:  extremely good, and so we found ourselves after 600 hm descent in super snow back at the starting point. Once at the bottom I looked up to the summit and was able to complete my long weekend with good conscience.