Titarenko was simply known as the guy in the blue shorts at the start of the week, however he had the last laugh with two superb runs on Saturday in Greece. 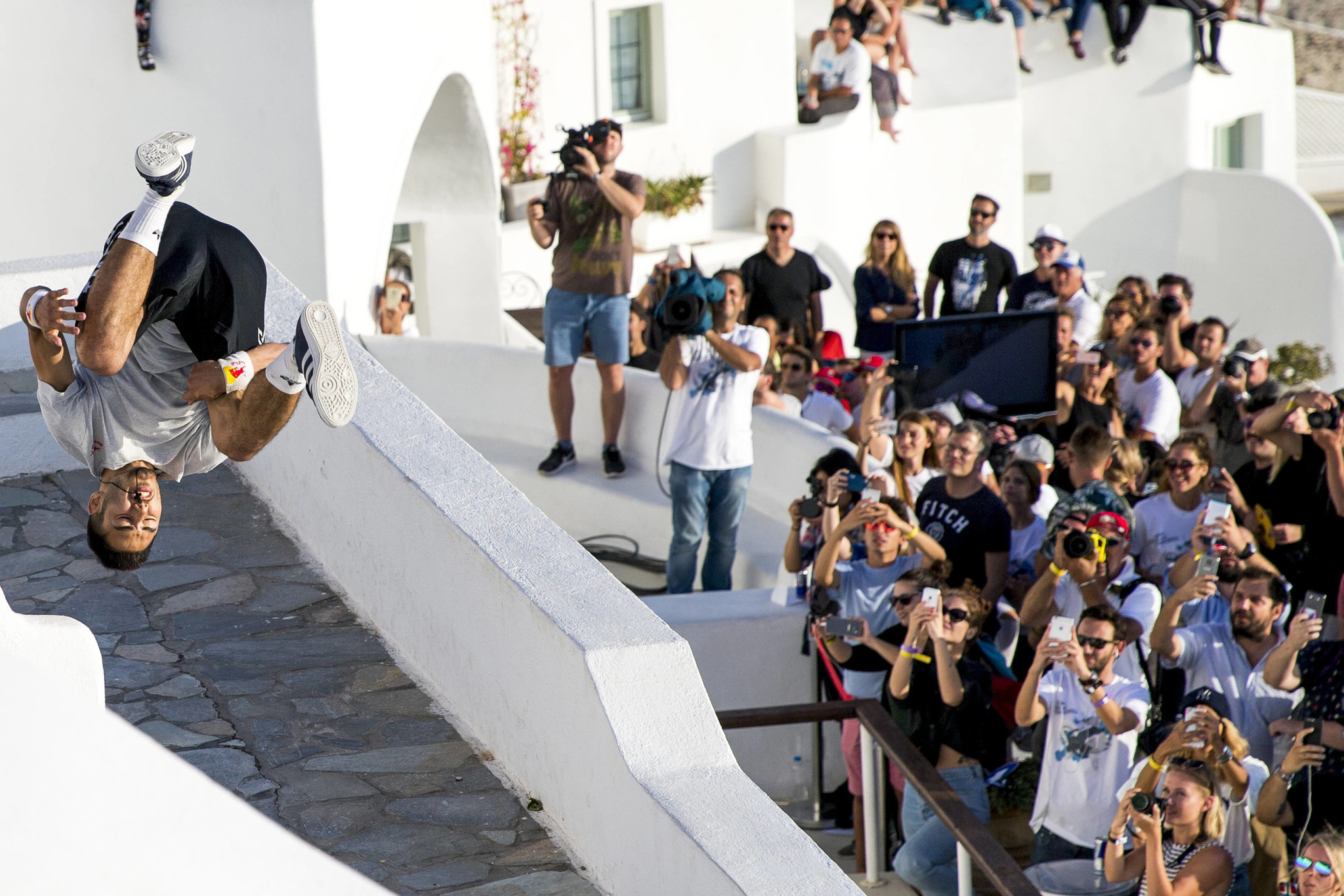 His final score of 418 points was enough to beat American Nate Weston with two-time champion Dimitris Kyrsanidisthird in front of his adoring home fans.

Titarenko revealed, "I still can’t believe it! I set off just hoping to make it through the Onsite Qualifier and suddenly the whole world was congratulating me on this year’s victory. It’s an honour to be among the leading athletes in the world. I’m just shocked." 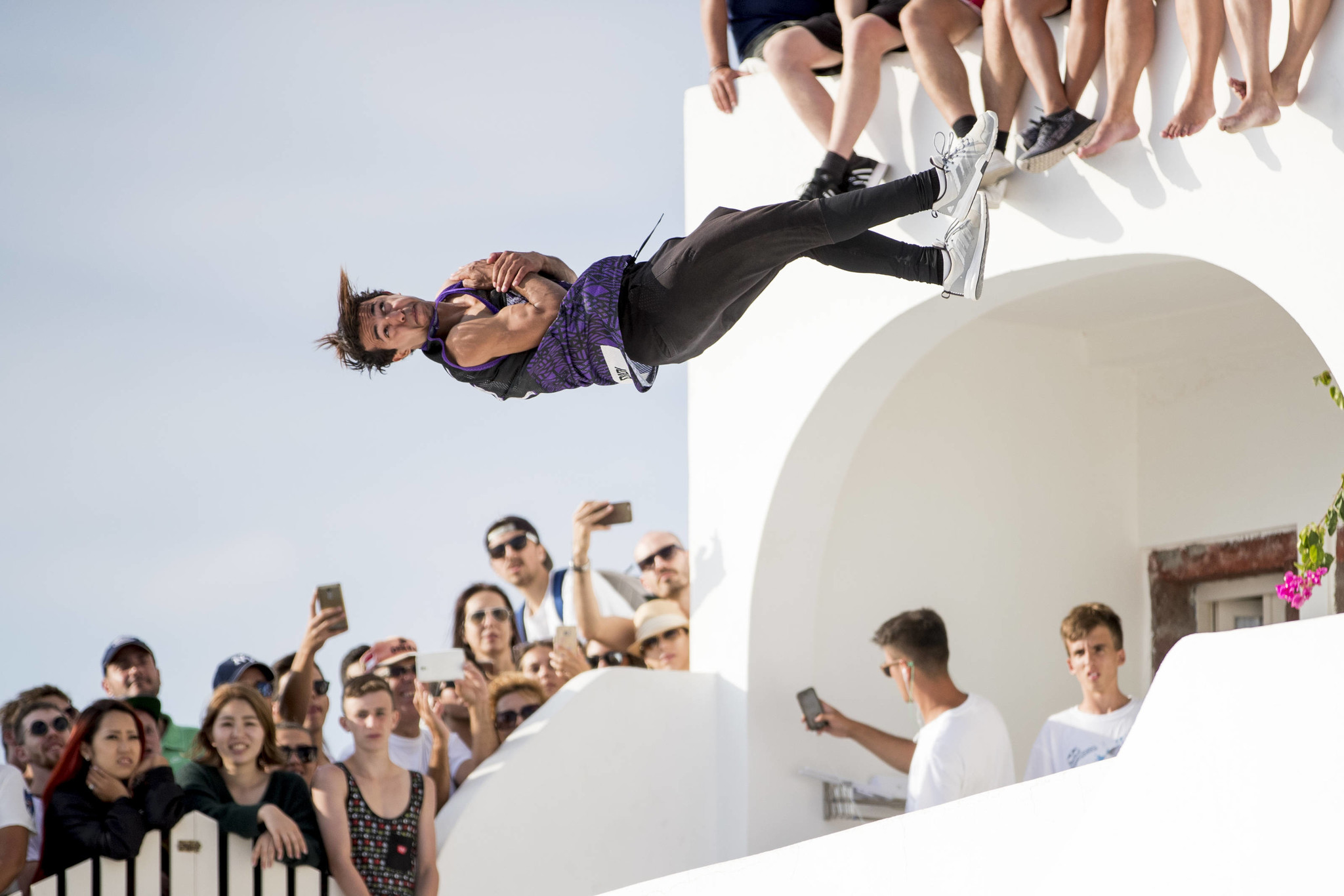 Competitors from 13 different countries lined up at the start of the 7th Santorini edition with the 2,500 strong crowd treated to a freerunning masterclass.

The competition was so fierce that last year's champion Bart van der Linden and runner-up Alfred Scott both failed to get through their tough heats.


Kyrsanidis explained, "I am so glad to be among the winners again. It was really tough, because the level gets higher each year and I am grateful to have completed my run as I had hoped."